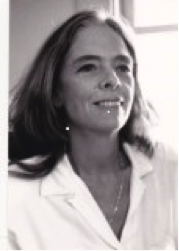 Andrea Nye is Professor Emeritus from the University of Wisconsin-Whitewater in Philosophy and Women’s Studies. More recently she was a member of the Liberal Arts Division at the Boston Conservatory. She has an undergraduate degree in philosophy from Radcliffe College and a Ph.D. in philosophy from the University of Oregon. At Whitewater, she taught a wide range of undergraduate courses in philosophy, religious studies, and women’s studies. At the Boston Conservatory she taught a Core sequence of interdisciplinary courses combining philosophy, literature, and history.

Her early work was in philosophy of language with special attention to issues relating to gender. In other studies she returned to the history of philosophy, re-examining and re-evaluating philosophical history in the light of contemporary feminist theory. Important in this work were new perspectives gained in travel. A grant from the National Endowment for the Humanities funded a year in Paris, studying the French Feminisms of Helene Cixous, Luce Irigaray, and Julia Kristeva, and finishing a book on feminist uses of liberal, Marxist and postmodern philosophies. Summers and sabbaticals in Greece, trips to Turkey, Egypt, Jordan, Argentina, and the Caribbean, as well as extended stays with family in the coast province of Kenya offered new insights into the origins and impact of Western thought.

Most important in her later work was an emphasis on women thinkers and their contribution to both the history and future of philosophical thought.

Read: Why I am a Philosopher